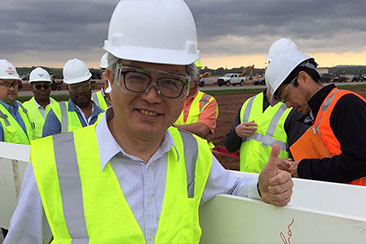 A Toyota factory in north Alabama will add 450 jobs as the sole North American manufacturer of engines for the 2022 Tundra pickup truck, the company said Monday.

2022 Toyota Tundra Limited front
Employment at the Toyota Alabama plant will increase to 1,800 people, and the company said it plans to spend $288 million on the project, which is separate from a Toyota Mazda factory being constructed west of downtown Huntsville.

The twin-turbo V-6 engine was described as a completely new motor for the Tundra.