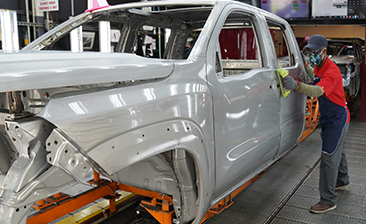 Nissan affirmed its commitment to vehicle manufacturing in Mississippi with the official start of production of the all-new 2022 Nissan Frontier at Canton Vehicle Assembly Plant, underscoring the company's more than six decades of truck expertise in the U.S.

"The all-new Frontier has surpassed our expectations – setting new standards for mid-size truck capability, technology and power," said Tim Fallon, vice president, Nissan Canton Vehicle Assembly Plant. "The Canton plant team is full of pride and ready to produce the next generation of one of the strongest, most rugged trucks in the market."

Frontier has been built at Nissan Canton since 2012, with its engine produced at Nissan Decherd Powertrain Plant in Decherd, Tennessee.