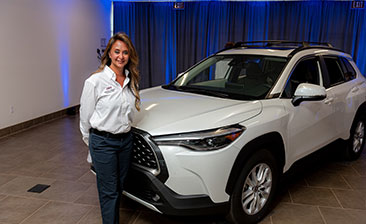 Mazda Toyota Manufacturing (MTM) announced the first vehicle in the production lineup at its Alabama manufacturing plant – the all-new Corolla Cross.  The joint venture partnership between Mazda Motor Corp. and Toyota Motor Corp. is in a hiring boom to prepare for production on the Corolla Cross at the Huntsville facility later this year, along with an as-yet-to-be-announced Mazda vehicle.

“We are excited to manufacture the all-new Corolla Cross and I’m proud of our team members’ tremendous work in preparation for the start of production,” said Mark Brazeal, MTM’s vice president of administration.

“We are continuing to hire new team members and I look forward to completing our MTM family so we can build high-quality vehicles for our customers, just like we built this plant from the ground up,” he added.