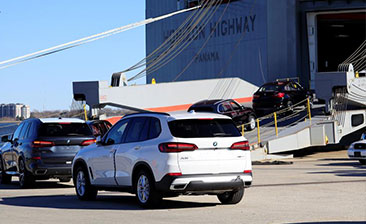 On the heels of opening of a new terminal in Charleston, the S.C. Ports Authority announced plans to expand Inland Port Greer — a pair of developments drawing praise from some players in the manufacturing and logistics sectors.

The installation of Charleston’s Hugh K. Leatherman Terminal has already spurred one Upstate-based logistics company, Greer-based TA Logistics, to consider doubling or tripling his personnel over the next 12 months.

After hearing the announcement, BMW President and CEO Knudt Flor praised the port system’s longtime relationship with the company’s North American hub and credited it for the manufacturer’s success as the largest U.S. auto exporter by value.

“We export 70% of our South Carolina-made vehicles through the Port of Charleston to 125 countries around the world,” Flor said in today’s release. “BMW was also the first customer for S.C. Ports’ rail-served Inland Port Greer in 2013. Inland Port Greer has proved incredibly beneficial to our supply chain. We depend on reliability and speed to produce every car to order, and S.C. Ports continues to deliver for BMW.”