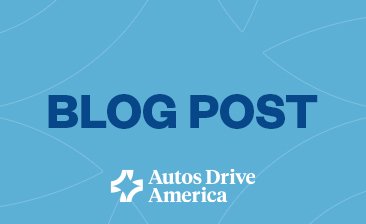 The shift to electric vehicles (EVs) is no longer a distant reality. Every day EVs drive off American production lines, pass us on the street, and are charged in our neighbor’s driveway. Even better, the demand for EVs continues to rapidly grow in the U.S. and across the globe. Transportation electrification and its necessary infrastructure are environmental imperatives essential for the climate friendly future of a modern American transportation system.

International automakers are retooling, reskilling, and resupplying to make this electric future an accessible reality for all Americans while creating hundreds of thousands of jobs in the process. Autos Drive America members continue investing billions of dollars into electrification. From researching more effective, longer-range batteries to ensuring the workforce can transition to EV manufacturing, our members are committed to driving U.S. and global electrification goals and meeting consumer demands.

Just last month, Hyundai Motor Group announced it will build an expansive EV plant near Savannah, Georgia—a $5 billion investment that is the state’s largest ever private investment. This investment is part of Hyundai’s pledge to invest more than $7 billion in its U.S. operations by 2025 to foster the future of American mobility.

Other international automakers are also using existing U.S. infrastructure to ensure robust EV production in the years ahead to meet consumer demands. Nissan is investing $500 million to transform its Canton, Mississippi assembly plant to build two all-new EV models by 2025. This investment will upskill 2,000 local jobs, giving workers the skills they need to thrive in an electrified future. Mercedes-Benz USA has embraced  the electrification shift too, with the much-anticipated EQS SUV beginning to roll off the assembly line at MBUSI in Alabama.

Volvo Cars is aiming to be a fully electric car company by 2030. At Volvo Cars’ plant in Ridgeville, South Carolina, $118 million will go to re-outfitting the factory with next-generation electric architecture to produce the fully electric Polestar 3.  Volvo is joined by Honda Motor Company, who plans to completely phase out all gas powered vehicles by 2040, Mazda, who’s “Sustainable Zoom-Zoom 2030” will see the electrification of at least 25% of their cars by 2030, and Toyota, who recently announced it will build batteries in North Carolina, has set a goal for itself to produce 8 million EVs by 2030.

It doesn’t end there. International automakers are unveiling new EV models and concepts regularly. Mitsubishi recently revealed its 2023 Outlander, one of the best-selling plug-in hybrid SUVs in the world, and Subaru introduced the 2023 Subaru Solterra, its first-ever all-electric SUV. The 2022 Kia EV6 continues to rise in popularity earning the best electric vehicle award for 2022 from U.S. News & World Report.

As auto manufacturers electrify their vehicle lineups, they recognize the need for EV infrastructure in the U.S. and are working with industry stakeholders and policymakers to address the concerns of consumers head-on. Volkswagen Group recently announced it is partnering with Siemens to invest $450 million to support the ambitious growth plans of one of the largest public charging networks in North America.

As the CEO of Autos Drive America, I am proud that my members are driving the change to a more technologically advanced and sustainable future. The U.S. has one of the largest automotive markets in the world, and international automakers account for 62% of American green vehicle sales. The electrification investments my member companies are making in the U.S. open markets even further, allowing us to produce and export more vehicles to other countries, creating jobs and economic growth across the U.S. In fact, last year, BMW Group Plant Spartanburg saw a 48% increase in their EV production with around 70,000 plug-in hybrid electric vehicles shipped to customers here and around the world.

As our country continues to invest in sustainable technologies of the 21st century, international automakers remain committed to providing our workers with the tools they need to produce EVs while building vehicles consumers’ desire. The future of transportation is bright with Autos Drive America members leading the charge towards a greener, more sustainable America.