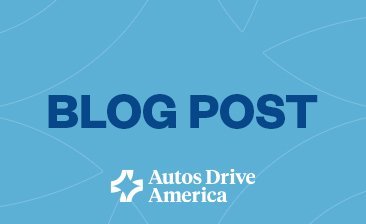 International automakers drove to the United States over six decades ago, recognizing the opportunities this great country provides. A skilled workforce, access to new markets, technological advancement, and the world’s leading economic and physical infrastructure were among the many reasons that our members were driven to U.S. soil. Today, international automakers represent more than just the cars they build. They represent the hundreds of communities they have helped build across the country, the thousands of career opportunities they provide, the numerous educational development programs for current and future employees, and the countless vehicles of the future that they research, design, and build, all in the United States.

As the leading trade organization representing international automakers, we are proud that our members have driven the industry forward over the last 60 years and of their continued investments into their U.S. operations. For the next several months, Autos Drive America will be showcasing display and social media advertisements in Washington, D.C., and key states across the country with a very simple message: international automakers drive America forward.

International automakers have invested $101 billion in the U.S., and that number continues to grow year over year. With more than 500 U.S. facilities ranging from manufacturing to workforce education centers to research and development, international automakers are a driving force behind the communities in which they operate.

Our members exported more than 760,000 U.S.-built vehicles for a total of $24 billion in 2021—a record high. With more than 60 different models exported to 135 countries, international automakers continue driving more investments into where they operate through open and fair trade and policies that treat all manufacturers equally.

International automakers directly employ 140,000 Americans, 64% of which are in manufacturing. They also support 2.3 million jobs throughout communities nationwide. These jobs define what it means to be worker-centric with industry-leading wages, robust career advancement pathways, and competitive benefits, like reskilling and upskilling programs, healthcare coverage, and retirement contributions.

Our jobs represent the careers of the future, and they are driven by technology and innovation and include positions in advanced manufacturing, engineering, research, and design. Like much of the manufacturing industry, international automakers have open, exciting opportunities across the country for those seeking to drive their own American dream. Through our ad campaign, we are promoting these opportunities in our key manufacturing states. Check them out here and drive your future at one of the more than 500 facilities our member companies have across the U.S.

International automakers account for 66% of the U.S. green vehicle market, offering over 120 green models and selling 1.1 million new green vehicles in 2021. Our members know that the ingenuity of the American worker is what makes the U.S. economy so strong. With over 70 research and development facilities across 14 states, international automakers are empowering their U.S. employees to develop cutting-edge technologies that will drive a more sustainable future and meet consumer demands.

International automakers continue to drive the auto industry forward and it is an exciting time to showcase their investments in manufacturing, workers, and communities around the country.